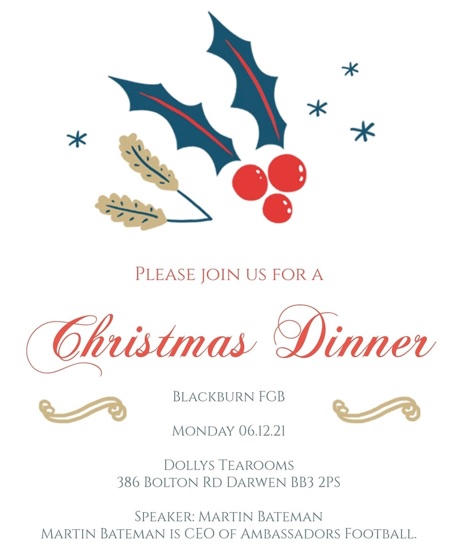 Martin Bateman is CEO of Ambassadors Football. He grew up in Manchester and that is his excuse for supporting Manchester United; living through the 70s and 80s, he is used to their current difficulties!

Aged 15, he realised that he could follow God’s will in his life which has taken him, first to Europe, then North Africa, and later to 60 countries worldwide to share his passion for Jesus alongside his passion for sport.

He has been National Director of AFGB since 2015 and has just been appointed Chaplain to Morecambe FC. 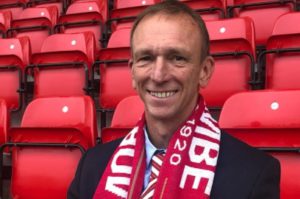 6.30pm for a 7pm start. Cost, £20pp for a traditional Turkey dinner, with soup to start, followed by mince pie and coffee.
Dietary requirements will be catered for; please mention when booking.

We use cookies on our website to give you the most relevant experience by remembering your preferences and repeat visits. By clicking “Accept All”, you consent to the use of ALL the cookies. However, you may visit "Cookie Settings" to provide a controlled consent.
Cookie SettingsAccept All
Manage consent