Report of an Advance in the Kingdom of God

Report of a Wild Party in Torquay! 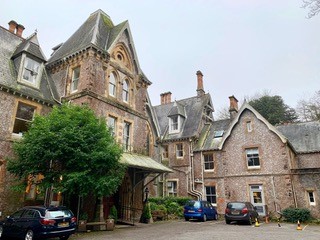 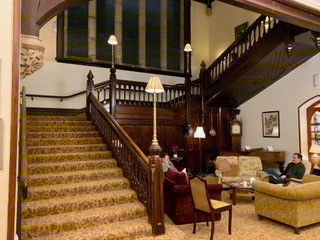 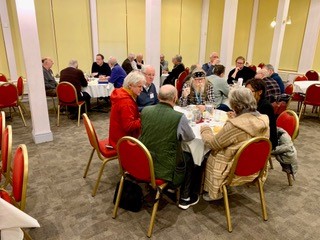 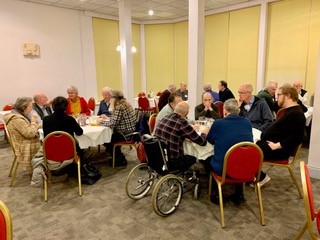 A wild party, platefuls of delicious food, engaging conversations with the people of Torquay, an instant healing – these were just a few of the memorable aspects of the Southwest and Severn Region’s 29th Advance. 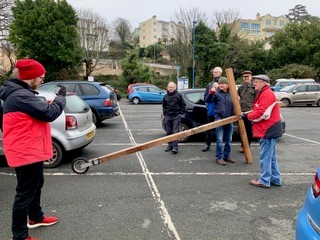 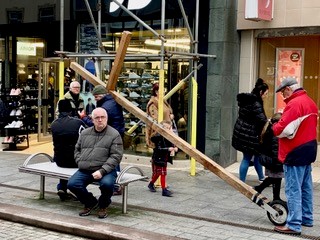 “He’s cheating!”, I exclaimed to a few window shoppers as Lindsay Hamon wheeled his huge cross along the pavement in the centre of Torquay. Some grinned, others stared blankly, and still others turned away. (He was cheating, as there was a wheel on the cross!). But many responded to those of us who, one way or another, caught the attention of a variety of people in town that Saturday morning. Brian led two to pray ‘the sinner’s prayer’ and others accepted prayer for healing. Lindsay himself spoke to innumerable people, and prayed for countless needs. Two drunks, clutching bottles, started fighting, and Kay Jay stepped between them and told them they needed Jesus. They fled!

We returned to the amazing Brunel Manor to share our experiences on the streets, and though we had set out somewhat apprehensively, we returned with smiles and stories. Later, over twenty testified concerning the opportunities the Lord had given them to speak and pray with people. And of the boldness experienced. 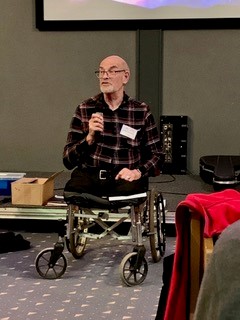 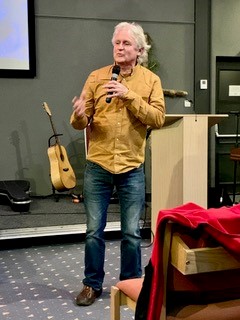 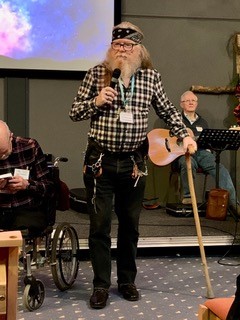 Jack Pomfret had introduced the Advance by reading from Revelation 22:17 – The Spirit and the Bride say ’Come’. With just 4 verses to go to the end of the Bible, this was the Last Chance Saloon! The return of the Lord is imminent, and we need to speak to those heading for eternal destruction. There is still time – just. And so we had set out with a sense of urgency, and the Lord had been with us.

Lindsay’s teaching was saturated with humorous anecdotes. He had wheeled his cross through 26 nations. The Lord had so clearly used him powerfully. Robin Morgan took us quickly into a heavenly realm as he led worship at the grand piano. There was ministry with prayer and the laying on of hands at the end of each meeting. The fellowship amongst us was charged with the life of the Spirit, as we chatted, laughed, encouraged, and on one occasion, prayed for one another round the dinner table. 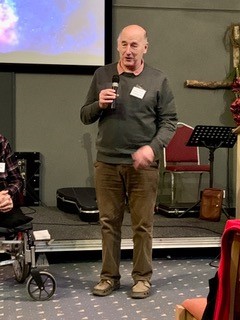 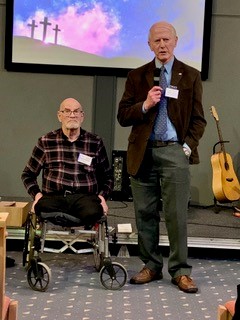 The party? It was a wild, noisy celebration at the end of the conference. There was singing, shouting, and dancing as Robin led us into a foretaste of heaven. Terry Lavery accompanied on guitar, and suddenly Lindsay was up there playing drums. And more – Jack too was playing drums, the same set, but from the opposite side. There was prayer and prophetic words, and the place was immersed in the Presence of the Living God Who loves to ‘inhabit the praises of His people’. A man with partial paralysis of his arm and side jerked violently – and was paralysed no more.

The food? Superb cooking, and being a buffet, more than adequate servings!

Stuart Brewster, our young vice-president in Norwich, had accompanied me, along with our PA man, Cliff Pain Both testified to tremendous blessing whilst evangelising on the streets, and on the way home debated whose car they would use to drive to Torquay in 2021. Others had already booked in for next year.

The 2021 Advance will take place 29th – 31st January. You can book now in order to secure your place there, by emailing Richard Cordy at [email protected] Of course, it might not happen, because Jack told us we are in the final 4 verses of the Bible, and the return of the Lord Jesus is imminent. But if you are undecided, remember – The Spirit and the Bride say ‘Come’.