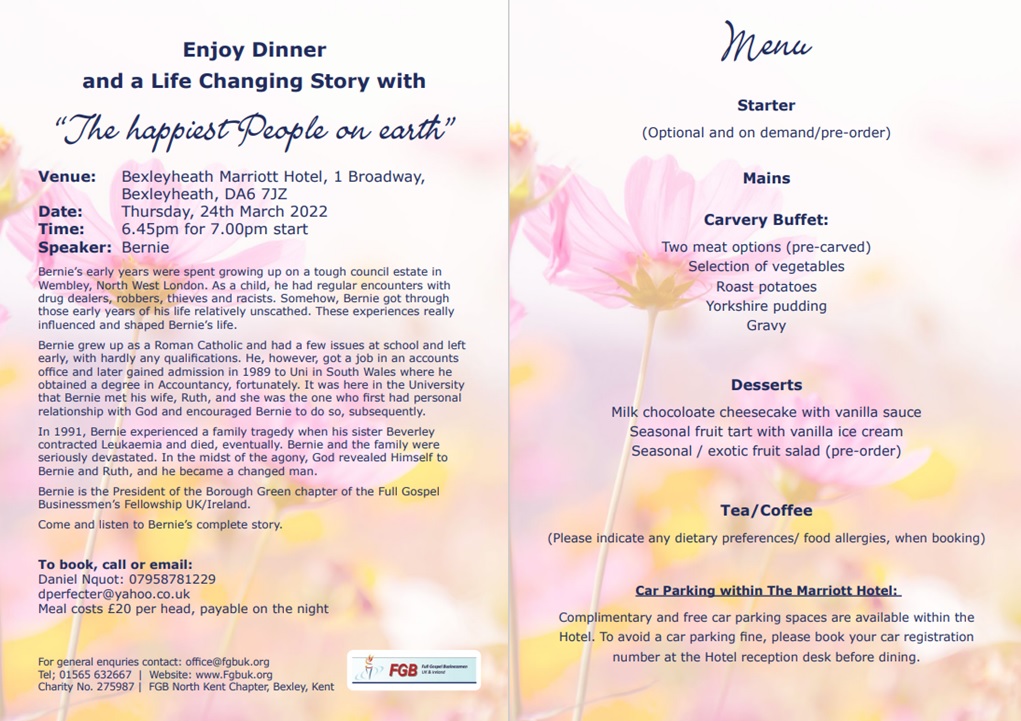 Bernie grew up on a tough council estate in Wembley, regularly encountering drug dealers, thieves and racists. He got through these experiences relatively unscathed but they influenced and shaped his life. Bernie had some issues at school and left early, with few qualifications, but got a job in an accounts office. In 1989 he gained admission to University and obtained an Accountancy degree – and met his wife, Ruth, who had a personal relationship with God and encouraged Bernie to do the same.

In 1991 Bernie experienced a family tragedy when his sister was diagnosed with leukaemia and subsequently died. Bernie and his family were devastated, but in the midst of the agony God revealed himself to Bernie and Ruth and he became a changed man.

Bernie is now President of the Borough Green Chapter of FGB; come and listen to his full story.

Meal costs £20 per head, payable on the night.

Free parking at the hotel, but remember to book your car registration with the hotel reception on arrival.